Within the next week, the oldest continuously operating hospital in Baton Rouge will close its Emergency Room. In February, The Baton Rouge General announced the closure of the Emergency Room at its Mid-City hospital on Florida Boulevard. In 1900,  there was a train wreck on the Yazoo & Mississippi Valley  near downtown.  Dr. T. P Singletary treated victims in a nearby building and realized that Baton Rouge needed a hospital. For over 100 years, the Baton Rouge General has provided emergency care to Louisiana’s capitol city, first at its original location on Government Street and, since 1950, at the “new” hospital at Florida and Acadian. Like most people in Baton Rouge, I was shocked to hear this and wondered “how could that happen and who is responsible for such a reckless decision”? It turns out that the responsibility falls squarely at the door of the Governor’s Mansion on the other side of Baton Rouge.

We are all familiar with “Bobby Brady” Jindal and his aspirations for higher office. We all know that in the past 3 years, he has spent more time out of the state than he has in it. And, not coincidentally, those trips are almost always either to states where early presidential primaries are held or where he can court ultra-conservative Republican voters and donors. We also know that most of his policies, or lack thereof, have more to do with being a viable Republican presidential candidate than what is best for Louisiana. Think privatization of state health insurance and prisons, school vouchers, meddling in education, tax credits for billionaires, tax incentive financing schemes, etc. And even though he inherited a surplus when he took office and Louisiana is now facing a $1.7 billion budget hole, he refuses to look for new sources of revenue, i.e., raise taxes, since good conservative Republican candidates avoid tax increases like the plague. But, unfortunately, this latest stunt will become much more personal and deadly for some of us who live, work and shop in Baton Rouge. 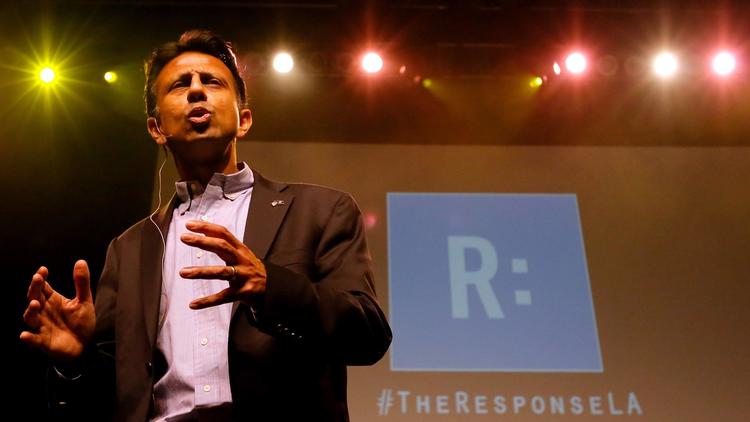 The Baton Rouge General has been a fixture in Baton Rouge forever. Like many Baton Rouge natives, I was born there in 1962. The Mid-City campus was once a thriving, sprawling medical facility. People were born there and died there. Baton Rouge’s first open heart surgery was performed there. It housed the region’s only burn unit. And it had a very busy and vital emergency room. Over time, many things changed in Baton Rouge. Eventually, those who were able left Mid-City and North Baton Rouge for the suburbs. New hospitals were built. Our Lady of the Lake, located right behind the State Capitol, moved across town to Hennessy Lane. Woman’s Hospital took over labor in delivery on Airline Highway. And, a new hospital, now Ochsner Medical Center, was built on O’Neal Lane, near the parish line. And finally, the Baton Rouge General built a second campus off of Bluebonnet Boulevard. And, although the Mid-City campus has seen better times, it is still a viable and important part of Baton Rouge’s healthcare landscape. Especially since Bobby Brady decided to close the old Earl K. Long charity hospital on Airline a few years ago.

Although in 2014, the Baton Rouge General emergency room treated over 46,000 patients, it was losing about $2 million per month. You may ask why? Well, first the closing of Earl K. Long, a Jindal plan, shifted more and more uninsured patients to Baton Rouge General where, under federal law, the hospital was required to provide emergency care, regardless of whether the patient could pay or not. Secondly, and more importantly, Governor Jindal refuses to accept federal funding to expand Medicaid, since he is vehemently opposed to Obamacare. The problem is succinctly summed up in a recent editorial in the L. A. Times:

“Jindal has tried to position himself as the last stalwart Republican opponent of the ACA, but his state’s experience shows that his position is folly.

“The ACA was designed to encourage states to expand Medicaid–almost entirely at federal expense–as a means of cutting the uncompensated medical care hospitals had been forced to provide for low-income individuals and families. Much of that care has been customarily delivered through the ER.

“In the expectation that Medicaid would pick up the slack, the ACA reduced so-called disproportionate share hospital payments, which went to hospitals serving a large number of the uninsured. So institutions in states that have refused to expand Medicaid, like Louisiana, have faced a double-whammy–they still have to serve a large number of uninsured patients, but they have less money to do so.

You can read the whole article here: When a state blocks Obamacare, ERs close: The lesson of Louisiana

So, Louisiana could have solved this problem by expanding Medicaid and having the Feds pick up the costs. But, since Bobby is opposed to Obamacare, and wants to be able to prove it on the campaign trail, he opted out of the deal. And in doing so, he left the Baton Rouge General holding the bag.

Now, like many of you, I am not a fan of the Affordable Care Act. I think it is wrong in a number of ways. But, at the present time, it is the law of the land. And turning down federal money which would solve a serious healthcare crisis, at no costs to the State, does not seem like what you would expect from someone who is supposed to be a healthcare genius. But hey, what do I know?

However, the point here is not about money or political ideology or politics. It comes down to some serious numbers.

Last year the Baton Rouge General emergency room treated 46,000 patients, or about 3800 per month. And we all know that a lot of emergency room visits are not really emergencies. We all get that. However, the American College of Emergency Physicians estimates that 0.5%-1% of all ER visits are classified as critical cases. That is, people who are bleeding, have suffered gunshots, head injuries, internal injuries, are in cardiac or respiratory arrest, have severe burns or other serious conditions. In other words, people who are going to die if they do not get extensive medical care right now. Taking those numbers and doing the math, that means that each month, between 20-40 people in Baton Rouge are going to need critical medical care that they would have received at the Baton Rouge General. And some of those people are going to die. Even at a conservative rate of 5%, that means at least one to two people each month, maybe as many as three or four.

Because now they are going to have to travel across town to another hospital, probably the Lady of the Lake, to get to an emergency room. On a good day that will take an additional 15 minutes. On a bad day, with Baton Rouge traffic, it could take 30 minutes or more. Thirty minutes that they don’t have. Thirty minutes that could mean the difference between life and death. Emergency medical professionals refer to the first 60 minutes after a traumatic injury as “The Golden Hour”, the time that is crucial to treat a patient to save their life. Unfortunately, soon many people in Baton Rouge will spend the first half of that Golden Hour being driven to the hospital. Because Bobby Jindal wants to run for President.

And if you don’t live in the Mid-City or North Baton Rouge areas and don’t think this will affect you or yours, think again. This is not just a poor person or uninsured issue. Not only will the uninsured be turned away from the Baton Rouge General emergency room. After next week, it won’t matter how good your insurance is, because the emergency room will be closed. For good. And just because you do not live in North Baton Rouge, that doesn’t mean you may not need it one day. What if you work at Exxon or one of the other plants along the riverfront and suffer a heart attack or on the job injury? Or if you work for the State in one of those new office buildings around the Capitol? Or if you eat, drink or party downtown? Or if you are in an automobile accident on I-110? Or if you suffer some trauma while at Baton Rouge Metro Airport? Or if your child is seriously injured on a field trip to the Centroplex or the old Governor’s Mansion? Or if you commute down Government Street or North Boulevard to work each day? All of these scenarios involve people who would typically have been transported to the old EKL. But it is closed now. So, the next nearest hospital would be Baton Rouge General Mid-City. But it will be closed as well. So now you, your spouse, your child or other loved one will be off to OLOL on what maybe a half hour ride. A half hour you don’t have. And some of them will be among the two to four people per month that are going to die in Baton Rouge because there is no ER at the Baton Rouge General. And that is because Bobby Jindal wants to run for President.

9 thoughts on “Deadly Times Ahead in Baton Rouge”